Location: Your Home via the Magic of the Internet!

You may never want to leave!

Locked in the hotel by a madman. Trapped and tormented me for days Thank god you picked up. Please, tell me what to do.  Help me, HELP ME. 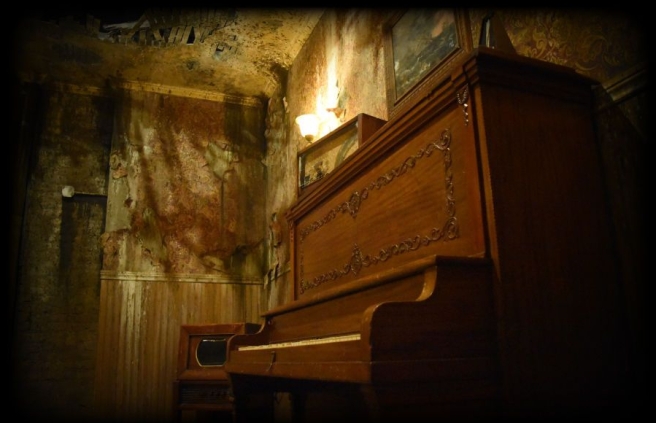 BrainXcape is one of those spots we’ve heard a lot about, and really have wanted to check out, but haven’t gotten the opportunity yet. Luckily, even though we’re stuck at home due to COVID-19, we are able to virtually travel to New York and try out their new virtual escape!

Room 228: Do Not Disturb has a beautiful set, the same one that is used for their Haunted Hotel live game. In fact, this is one of those games in which we would love to be there live, as the whole experience from a set design standpoint was astounding! This game is completely different from the live version, allowing even those who have visited before to enjoy a brand new run of puzzles and story. The game itself is very immersive, and almost feels like live interactive theatre, as no pre-game rules or briefing was included, and our experience started with the in room avatar reaching out to us for help in escaping his captivity. The avatar was our only line to the game world, with no dedicated game master beyond them, but he assisted in searching the room and helping reveal certain key points by subtly guiding us around. They played an excellent character, though at times I did think it felt somewhat less interactive than we were used to. The inventory system is great, and ties into the immersion of the room as well by also providing some backstory on the hotel, as well as integrating into puzzles seamlessly. Game flow was mostly linear, and it was fairly intuitive, minus some late game interactions, and all the puzzles followed a stream of logic that didn’t fall into the territory of enormous leaps or red herrings. The immersive theatre nature of the game was definitely the selling point however, as most puzzles felt secondary to the storyline.

Though the climax of the room was interesting, the game just ended, cutting off our zoom meeting and falling sort of flat overall. One of the best part of escape rooms is having a chat with the game master or owner after to ask questions about the rooms and generally debrief with your team, but in this case, we were suddenly cut off. The puzzles included were fairly simple, and there weren’t a huge amount to work through, so as an experienced group, we blew through the experience quickly. This game, as it stood when we played it, would probably be great for new players, but enthusiasts might be disappointed with the simpler nature of this game. One escape room cliche was used a few times, and wasn’t terribly well clued, leading us to perform a few aimless actions in order to get certain parts of the game to trigger.

Room 228: Do Not Disturb is a fun diversion built specifically for a virtual audience, and we had a fun time working through the puzzles, but I would recommend a few more interactions and some debrief time after the game in order to round out the experience for more experienced players. New players are going to have an excellent time here, but I’d recommend enthusiasts go in with tempered expectations overall. I do think the game is still worth checking out for the story and room design alone, however. Book your time in Room 228 here!

Full Disclosure: BrainXcape provided our team with a complementary game.